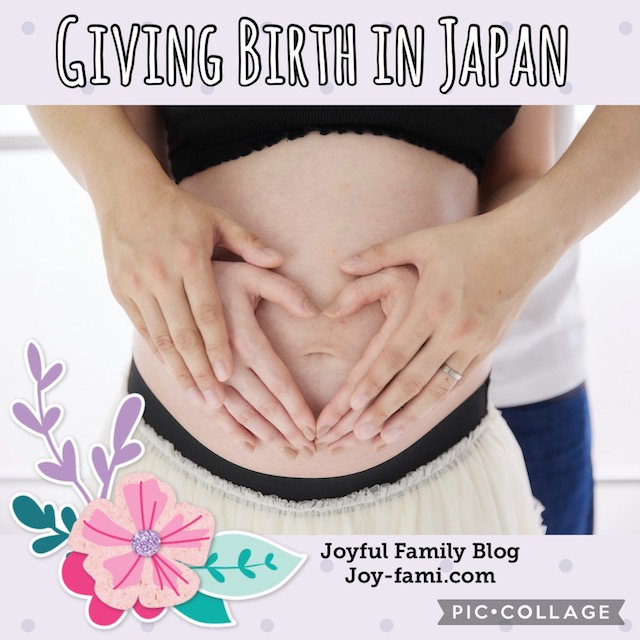 Hello, and long time no see! It's Joyful Family Blog's Emma, and today I'm writing in English about my unmedicated vaginal birth with an episiotomy.

As an American, I wasn't sure what to expect when giving birth in Japan, and many of the birth stories I found online were from foreigners in Tokyo before COVID so I hope my story can help someone else giving birth in Japan in an area with less foreigners than Tokyo. I gave birth in a hospital where I was cared for primarily by midwives.

The Beginning of Labor 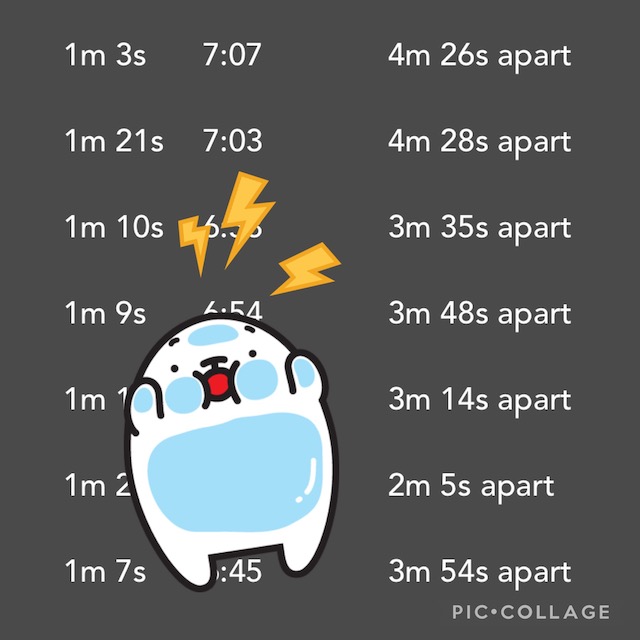 I was set to be induced at 9am a week after my due date, but at 5:40am I woke up with unmistakable contractions. I immediately started timing them, and they were about 5 minutes apart and getting closer together. I had decided to wait an hour to make sure they weren't going to go away before waking up my husband and calling the hospital so I hopped on my yoga ball to help the baby engage.

By the time my husband woke up about twenty minutes later and asked if I was ok, my contractions had become very painful and close together. The first thing I said to him was, "I think it's time to go to the hospital."

We called the hospital, and for a moment I allowed myself to be talked out of going in. Because I was a first time mom and scheduled to be induced in about three hours, the midwife didn't take my contractions seriously. She asked if I could eat, and I said maybe so she said that I should just come in at my appointment time and to call back if it got worse. With that, my husband left to go to the convenience store close by to get breakfast and snacks to eat at the hospital.

While he was gone, I texted my mom and sister who reassured me that I should just go to the hospital and get checked out as my contractions were so close together and getting more painful. By the time my husband came back from the convenience store, I wasn't able to talk through the contractions so we called the midwife back and told her we were coming in.

Laboring at the Hospital 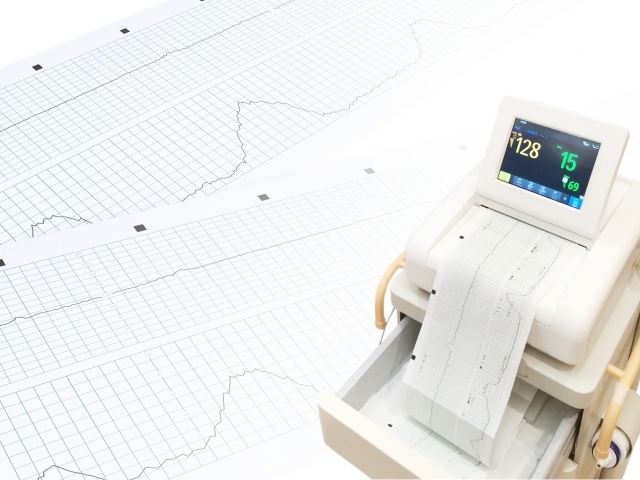 When we got to the hospital, a midwife performed a pelvic exam to check how far I was dilated. I was 3cm so she said I would be admitted. I was then moved to the labor room.

The room I labored in was private and had a sink, a bed, a chair, a table, a small yoga ball, and tennis balls. The hospital didn't offer any pain relief so I used the yoga ball and tennis balls a lot. I also asked for an extra pillow to keep between my legs while side lying.

Luckily for us, COVID cases were relatively low and there was no state of emergency when I gave birth. Because of this, the hospital had changed their no visitors policy to having visitors once a week. Thankfully for me that meant that I could use my visit day to have my husband there for the birth. He helped out a lot by pressing the tennis balls hard into my back and talking to the midwives when I had a hard time speaking.

When we got to the room I was hooked up to an external electronic fetal monitor for a half an hour. This was routine to check the health of the baby, and it was cool to see the contractions and hear his heartbeat, but while I was hooked up to the machine it was difficult to move and uncomfortable so I was very relieved when they found the baby was fine, and I could take it off.

For the most part, the midwives left us to ourselves, but they would come in and feel my contractions and ask a couple of questions occasionally. I was happy they didn't perform routine pelvic exams like I heard happens in some US hospitals because they are so uncomfortable for me.

After five hours from the start of labor (three in the hospital), my contractions felt almost constant, and I could feel my body involuntarily start to push so we called the midwife in. I told her that I was feeling like I had to push so she left to get supplies for a pelvic exam. I think that I was being dismissed again as a first time mom because she didn't seem to take me seriously and took a long time to come back. Apparently, unbeknownst to me, she had told my husband when we came that since I was a first time mom the labor would take a long time, and I may not give birth until the next day, but after the pelvic exam, she saw that I was fully dilated and ready to go to the birthing room. 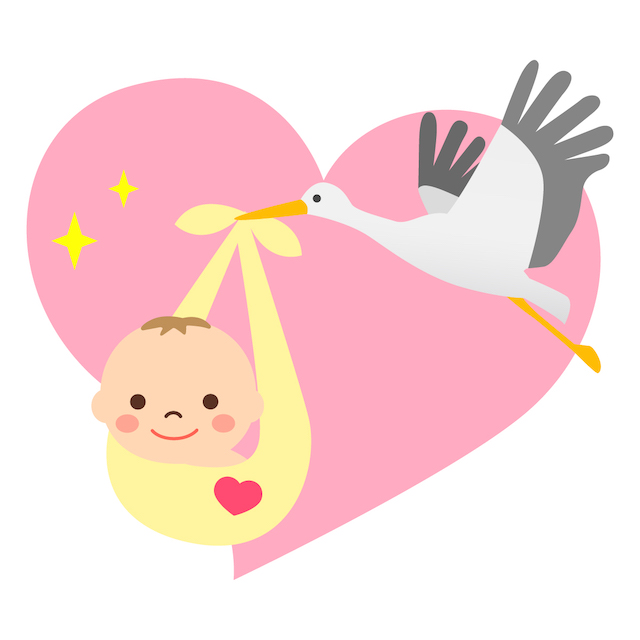 My hospital only had one option for the birthing room, and that was to be on your back, legs apart, holding on to handrails by your butt. Since I couldn't be on my hands and knees like I would have preferred, I asked to have the bed raised so that I could get gravity's help as much as possible. When I first asked for it raised the midwife only put it up a little bit. I asked again, and again she only put it up a tiny bit so I had to ask again to just do it as far as it would go. It seemed that normally people would just push flat on their backs even though that is shown to be one of the most difficult positions to push a baby out in.

I ended up pushing for two hours. In the beginning, I yelled with every push, and they said to try not to use my voice which made me frustrated, but I knew I actually shouldn't be using my voice as it can cause you to get tired quicker, and it's not good for pushing. When pushing it is most effective to have your mouth open and breathe out deeply. I was able to achieve this after a while, but in the moment it was difficult to remember what I had learned while preparing to give birth.

In some hospitals in America, they still don't let you eat during labor, but I was allowed to eat which gave me energy for the birth, but it also made me vomit almost every time I pushed. I started out giving birth with a mask on, but by the end I had taken it off because I had vomited. They didn't make me put on a new one, and I didn't have to wear one the rest of my stay except when I left my private room.

The interventions I had were breaking my waters since they hadn't broken on their own, a quick catheter to drain my bladder, and an episiotomy. With all of these procedures I wasn't asked for consent, and they just performed them with little warning. While meeting with the midwives beforehand to talk about my birth plan, I had expressed that I wanted to avoid an episiotomy. They told me that I wouldn't get one unless necessary. I still don't know what made the doctor think that I needed an episiotomy, but I think it was only to speed up the birth, and if I had given birth in a Western country where episiotomies are less common I'm not sure I would have had one.

The First Two Hours After Birth 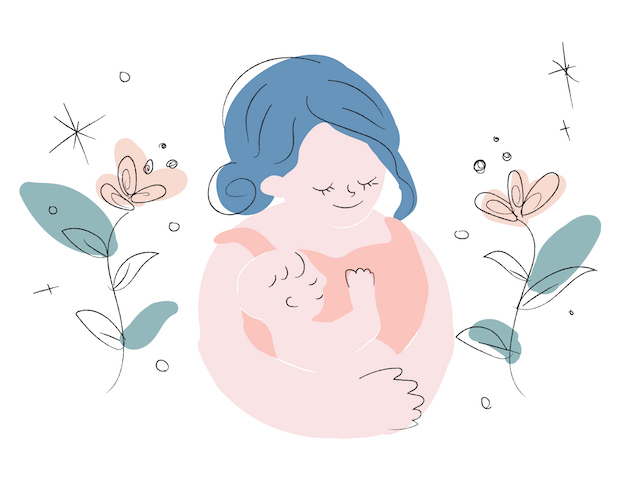 Our son finally entered the world after seven hours of labor including two hours of pushing. He was healthy at 3100g and 50cm long. They quickly let me see him right after he came out, but then they took him away to the other side of the room to cut the umbilical cord (they did not offer delayed cord clamping), check him over, and wipe him off while I birthed the placenta, got stitched up, and they checked my uterus. During this, he passed his first stool (meconium) which shocked my husband and gave me a much needed laugh because of how black and tarry it was.

When I first got to hold our son, he felt so tiny and warm. We did a little kangaroo care, but he was taken away again to be looked at. The midwives did everything in the same room as us, but when they were done they put him under the warmer instead of with me. My husband went and stood next to him, but if I give birth again then I'll ask them to give the baby to me quickly and not leave them by themselves.

We weren't allowed to use our phones in the birthing room, but a midwife came with a camera and took a picture of the three of us, and I got a print of it the next day.

After two hours, our baby was taken for monitoring, and I was moved to the hospital room I would be staying in with the baby for six more days. Because of COVID, my husband had to leave at that time, too. They brought my son to me later, but the first 24 hours they monitored him a lot.

Based on my research I think that my experience giving birth was fairly typical for Japan. I wouldn't say it was negative, but if I could do it again there would be some things I would change. First, I would have trusted myself and told the midwife I needed to go to the hospital right away instead of allowing myself to be talked out of it. Second, I would have asked why I was being given an episiotomy and decided for myself if I wanted it or not (I'm not sure if the doctor would have let me decide). Third, I would have asked to hold my son more soon after he was born. I thought the default for them would be placing my son with me, but it seemed to be placing him in the warmer instead.
Giving birth in Japan is different than giving birth in Western countries, so it's important to do your research on birthing facilities near you and be flexible with your expectations. If you have a birthing experience that wasn't what you wanted then it's ok to be disappointed, and it might help to talk to a professional about it.